the journey so far... 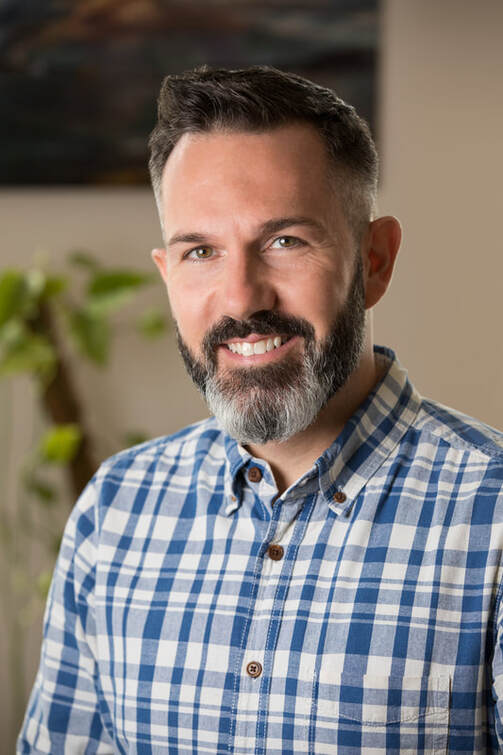 David Corcoran is an Executive Voice Coach, who hails from Australia and moved to Vienna in January 2015 with his family. In Australia, David was a professional Opera Singer performing with Opera Australia at the Sydney Opera House. To see a list of roles click on 'Opera Repertoire'.

David has completed a Bachelor degree and Graduate Diploma in Psychology, a Diploma in Coaching, the CELTA and a Masters of Science in Human Resources Management at International Business School where he achieved a Distinction. He is an Associate Certified Coach (ACC) with the International Coaching Federation.

David combines his skills in voice, public speaking, emotional intelligence and coaching on top of his native English skills to help people improve themselves. He is passionate about personal development and encouraging others to become better versions of themselves and to take responsibility for their communication . David is also a Lecturer in Body Language at the FH Wien der WKW for the Bachelor of Corporate Communications Course in English. He collaborates with MHC Business Language Training, Die Schule des Sprechens and 6 Seconds.

David is an active Toastmaster, which is a worldwide public speaking organisation, and he has served as the Division Director of Toastmasters in Austria, a Club President of Vienna Toastmasters Club 551 and Area Director of D5. In April 2020, he achieved 'Distinguished Toastmaster'.

​David's Singing Biography - A Journey in finding his potential

Operatic Singer David Corcoran, began singing in 2002 with John Lander. He commenced studies in the Diploma of Opera at the Sydney Conservatorium of Music in 2004 studying singing primarily with Dr Rowena Cowley. In 2007, David won the prestigious Sydney Eisteddfod McDonald’s Operatic Aria Competition and in 2006 won the Opera Foundation Australia (OFA) Italian Award. The OFA Award saw David travel to Italy and Romania where he performed ‘Nemorino’ in the Elixir of Love.

In 2008 David performed in the Sun Herald Twilight at Taronga series in the Puccini Gala. David toured with ‘OzOpera’ in the role of Pinkerton in Madama Butterfly. He was a soloist with the Melbourne Symphony Orchestra in their highly acclaimed series ‘Classical Spectacular’ and performed with the Sydney Philharmonic Choirs in their annual ‘Messiah’ at the Sydney Opera House.  In 2009 David performed the roles of Zinovy Ismalov in Lady Macbeth of Mtsensk and Bob Boles in Peter Grimes with Opera Australia and toured with ‘OzOpera’ again as Pinkerton. David performed with the Sydney Philharmonia Choirs Chorus Oz as a soloist in Haydn’s Creation. In May, David undertook a study tour to the UK where he coached with staff of the Royal Opera House ‘Covent Garden’ and English National Opera. David was also apart of Opera Australia’s New Year’s Eve Gala 2009.  David was a member of the ‘Moffatt Oxenbould Young Artist Program’ at Opera Australia during 2009 and 2010.

2010 saw David realise the role of ‘David Joy’ in Brett Dean’s world premiere of Bliss, based on the novel by Peter Carey, with Opera Australia. In January 2010 he sang the National Anthem at the SCG for the 2nd ‘3 Mobile Cricket Test’ held against Pakistan. Also with Opera Australia David performed Nick in La Fanciulla Del West, Borsa in Rigoletto as well as making an important leading debut as the Duke in Rigoletto.

2011 highlights included David performing England’s National Anthem at the 4th and 5th Ashes Series Cricket Test as well as One Day International’s in Melbourne and Adelaide. With Opera Australia David sung Pinkerton in Madama Butterfly and Rodolfo in La Boheme, Carlson in Of Mice and Men and sang Captain/Hypoletus/Narrator in For the Love of a Nightingale by Australian composer Richard Mills.

In 2012, David appeared for Opera Australia in the role of Pong in Turandot and in their annual Summer Concert Series, and performed Pinkerton in Madama Butterfly, Victorin/Gaston in Die Tote Stadt and Narraboth in Salome. He performed with the Sydney Philharmonia Festival Choir in their “A Few of my Favourite Things” concert at the Sydney Opera House Concert Hall singing well known Rodgers and Hammerstein favourites.

In 2013, David understudied major roles including Don Jose in Carmen, Froh and Siegmund in Melbourne production of Wagner’s Ring Cycle for Opera Australia. David created numerous concert opportunities for himself in 2013 supporting other younger emerging artists like Luke Stoker in his ‘Big Ambitions Concert’ in Tamworth and performed the 1st Act of Die Walküre with Harbour City Opera and a Swords and Storms Recital with the Wagner Society of NSW of Mahler’s Rückert Lieder. David worked consistently with internationally acclaimed Australian Heldentenor, Glenn Winslade on these roles in his transition into more dramatic tenor roles.
2014 saw David singing Borsa in Rigoletto and Roderigo in Otello with Opera Australia. He also covered Don Jose and Cassio in the mainstage seasons in Melbourne and Sydney.  David embarked on an International study tour, mainly to Germany at the end of 2014 taking lessons with Heldentenors currently in the European industry and attended German Language lessons in Berlin at the DID Deutscher Institute and worked with various coaches and repetiteurs in the cities he visited.

In early 2015 David relocated to Vienna continuing german language lessons with Deutsch Akademie and is currently working primarily with Sylvia Greenberg and David Aronson. He recently performed in Concert with Mosaique, performing a selection of Copland Old American Songs and some musical theatre treasures.

2016 and 2017 has seen David complete his transition to Lyric/High Baritone and he redefined his technique with the help of his teacher Sylvia Greenberg. He sings regularly with the Vienna Community Church in Doretheagasse and has plans to establish an English Song Society in Vienna in 2018.